How video in the classroom helps digitally-savvy students learn 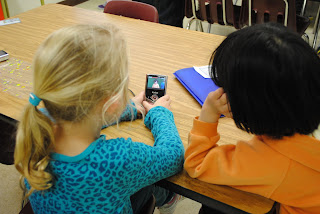 Zara Cruickshank’s Grade 8 science class is a little different from those of yesteryear. Students regularly make mini films or podcasts for class projects, reams of notes are a thing of the past and video is an important part of learning.

As the new school year begins, a number of Canadian classrooms are increasingly implementing video as an educational tool to keep their digitally savvy students engaged and interested.

“It’s just easy to focus when it’s visual,” says Cruickshank. “You can be creative and have fun doing it because you’re putting your ideas together to make something for school, to make school easier.”

Bobiash — who travelled to Seattle’s Google Teacher Academy this summer to brush up on her web and video skills at the first ever YouTube Teacher Studio — plans to use video a lot more extensively in her classroom this year.

“Everyone has different learning styles, they learn best in different ways,” she says. “Video provides the opportunity to almost deliver both (visuals and text) at the same time. You have visual, you could have written and you have audio at the same time and students can refer to them at their own pace.”

The days of classroom video consisting of a TV and VCR rolled in for a lengthy film students could zone out on are over. Bobiash, who teaches science and social studies, uses digital video to deliver information in short, interactive bursts and encourages students to make their own films for projects which can later be posted online through her YouTube channel.

“Before they could only express themselves in the written form, but now they can express themselves in different ways,” said the 35-year-old teacher. “They’re really drawn to video when doing research, it helps blend different learning styles better than just reading a bunch of text online.”
A concept that really struck her during her time at the Google Teacher Academy was what’s being referred to as “flip teaching.”

It’s when teachers film themselves explaining a concept, or assign an educational video and have the student watch it for homework so they’re actively thinking about the subject before it’s explored in class the following day.

Bobiash plans to implement more flip teaching at the start of her subject units because she finds students really benefit from the visual component.

“They’re not just being given text to memorize,” she says. “I would say they’re retaining the information better because they have to understand it.”

When that understanding is later demonstrated through class projects, Bobiash says her students often blow her away.

“They really get into what they want to know about and their ability to communicate that is phenomenal,” she says, adding that her students often produce videos she would have expected to see at a high-school level.

“It’s a big change in how education is being delivered,” she says of the video component. “It’s an actual shift in how we perceive education itself ... that more in-depth thinking is coming out in the curriculum more.”

Shelly Wright knows what Bobiash is talking about.

The high school teacher at Cornerstone Christian School in Moose Jaw, Sask., plans to use flip teaching in her classroom more extensively this year and says students respond remarkably well to video as part of their learning.

“You have kids who need to go over different pieces over and over, and for those kids, they can watch the video three or four times, they can stop it where it doesn’t make sense ... for students like that flip teaching is really powerful.”

This year, for the first time, her students will also have the option to hand in video labs in place of paper-based lab reports — the outlining of the hypothesis, process and evaluation will remain the same, but students can convey them via film if they want.

“You could have essentially world class experts teaching your kids, which is one of the exciting things about the flip classroom,” says the chemistry and biology teacher, adding that video also allows her to show students unstable experiments she wouldn’t be able to demonstrate in the classroom.

That’s not to say teachers are assigning videos for homework every night.

“You use it for very specific purposes and you don’t use it all the time,” Wright says. “Then you can take your time in class to do hands-on stuff so it actually makes sense to them.”

For Wright, video, when used in the right way, helps hone her students’ problem solving and negotiating skills as they grapple with concepts on their own.

“Video is the medium of the future,” she says. “With all the stuff there is today, there is the opportunity for school to be really exciting in ways that it hasn’t been in the past.”
Posted by Unknown at 6:29 PM No comments:

Here is an interesting infographic that explains what a "Flipped Classroom" looks like. The statistics are American, but I think the message is just as relevant in a Canadian classroom as it would be south of the border. What do you think of the concept? Have you considered using it in your own classroom?

Created by Knewton and Column Five Media
Posted by Unknown at 10:49 PM No comments: