iPod Touch in the Classroom - List of Resources & Ideas - Part 1

I've had a number of requests to share some of the resources and experiences I've had using the iPod Touch in the classroom. I have accumulated quite a few links in my Delicious account, but I thought that I would list some of them here for easy reference. As this is an ongoing project, this is only an initial list with more to come. I hope to include more first hand experience in the next couple of weeks once my students have produced some content that I can post here to showcase some of the things that we are doing.

My class has had the priviledge this year of working with a former student and long track speed skater, Lucas Makowsky. Our school "adopted" him through the Adopt an Athlete Program in September 2009. I volunteered to take the lead on this project and became the staff person responsible for this program at our school. What an amazing year it has been! I created a web page on our school website that documents what we have done with Lucas this year.

As part of our agreement, we organized two fundraisers to help offset our athlete's training costs. The students at our school really embraced the project and raised over $1800 for Lucas through a coin drive in October and candy cane sales in December.

There are a number of reasons I think that the students at Wilfrid Walker and my class in particular, really connected with Lucas, even if they haven't met him in person. The first would be the fact that he is a former student at our school. He finished his Grade 8 year in 2001. Even though all of the students and staff are different then when he walked the halls at Wilfrid Walker, the students thought it was cool to walk by the graduation pictures in the hallway and see his photo. To know an athelete attended your school less than 10 years ago and is now an Olympian makes that Olympic dream you have as a young athlete that much more real. "If he can do it, so can I!" was the attitude of a number of student athletes at our school. They also felt like they "knew someone at the games" and really loved watching him compete at the Olympics. 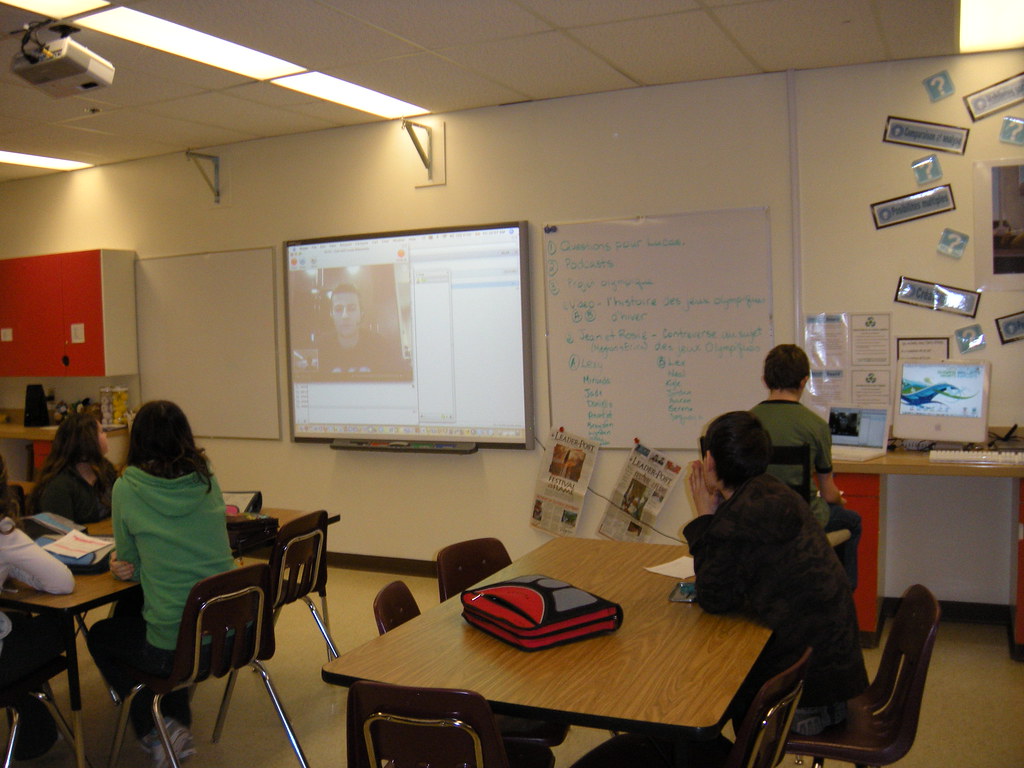 The next reason would be the Olympian we adopted. To be part of the program, Lucas had agreed to send updates of what he was up to during the year so that we would gain some insight into the life of a competitive athlete. My students write blogs and were able to connect virtually with Lucas through their blogs by reading his updates and responding to him on their blogs. He would read their entries and then respond to them through his next update or let me know what he thought through his emails. They also kept up to date on what he was doing by reading his own blog on his website and looking at the photos on his website as he competed in the World Cup circuit and trained for the Olympics. The fact that Lucas is so open and generous with his time made the students feel like they knew him, even without having met him. My class also got to talk to Lucas using Skype and the students really enjoyed this opportunity to ask him questions and hear his advice and stories. They even got to see how he sharpened his skates. 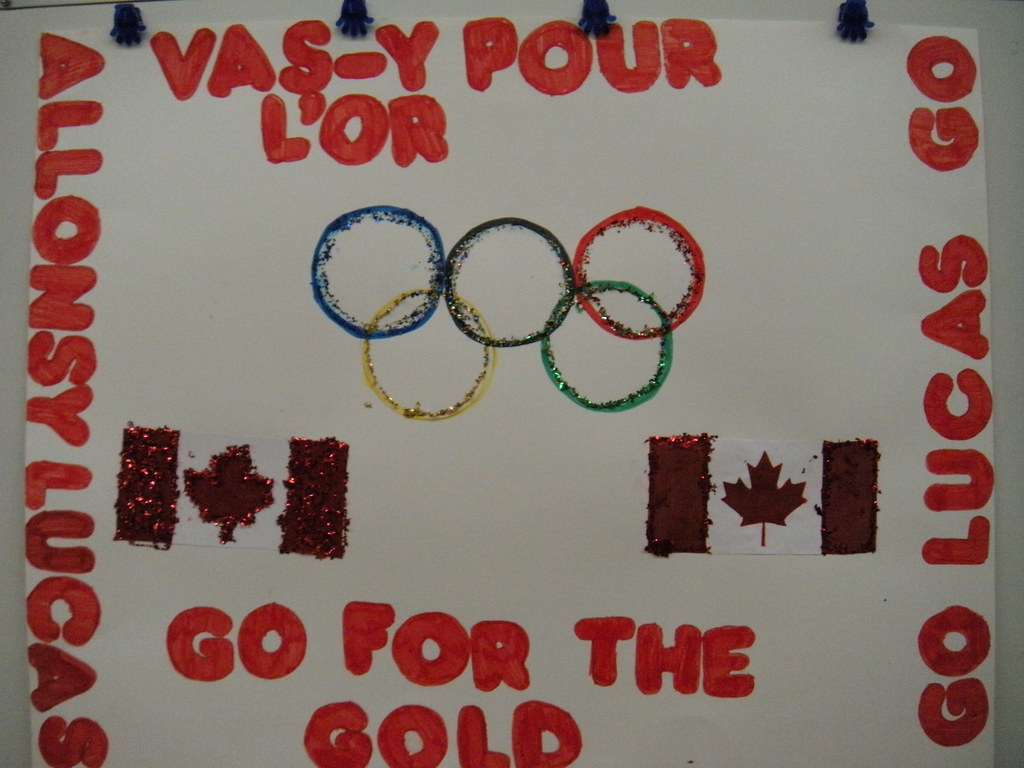 Another reason would be because the Winter Olympics were in Canada and there was a lot of coverage and connection to these games being in our own country. I was fortunate enough to have been planning a trip to attend the Olympics when we adopted Lucas and was able to incorporate my students' excitement for the games into my trip. My tickets to the games included a long track speed skating race (5000m) which ended up being Lucas' Olympic debut. My students decided I needed a sign to hold up at the race and made one for me to take to Vancouver. I laminated it and was proud to wave it at his race on their behalf. He saw it just before he started his race and smiled at me and told me later that he had seen it. It made me feel like I had been able to take my whole class with me to the games and he knew we were all there cheering him on. I was also lucky enough to meet up with Lucas a couple of days later to give him the sign and take some photos in front of the Richmond Olympic Oval. My students thought that it was really cool to have their sign make this trip and to see it through photos was almost as good as being there themselves.

Upon my return from the Olympics, my students decided that Lucas needed a final boost of support after finishing 19th in his second race (1500m) before his last event (the Team Pursuit). They planned out a video that involved the whole school. They wrote cheers and prepared posters for the other classes to use. They even wrote a bilingual song and choreographed a dance that they performed in the video. Students that did not want to appear in the video volunteered to compose music in Garage Band or took on directing and video taping roles. After viewing the video, Lucas told the students that he had been inspired by their video and appreciated their support. Here's their video:

A number of media outlets were taken with our story and came out to cover our support for Lucas. I prepared a year-in-review of our project that includes many of the media clips broadcast over the past few months.

As a great ending to our story, Lucas and the Men's Pursuit Team managed to finish their Olympic experience by winning a gold medal. We look forward to welcoming Lucas to our school in the near future. My students can't wait to meet this wonderful athlete and great role model they've really gotten to know. This has been such a fantastic experience that I know we won't soon forget!
Posted by Unknown at 6:21 AM 1 comment: