I came across this video thanks to a tweet from @Nunavut_Teacher tonight that included this list of "12 videos to spark educators' thinking". The post is located on a blog called Dangerously Irrelevant by Scott McLeod and contains an interesting list of videos. McLeod is the co-creator of the popular "Did You Know? Shift Happens" video that is now in its 4th edition. He and Karl Fisch definitely got everyone talking with their video a few years ago about reforms required in education to meet the needs of today's learners.

Most of the videos on this list I have seen before and highly recommend taking the time to watch them if you haven't seen them already and to share them with others.

One video in particular on this list I hadn't seen yet from the Government of New Brunswick. I think it would be a great conversation starter for any PLN or staff meeting. I hope that it is something that is shared across Canada in all provinces as we discuss education reforms.

Creating your own PLN - How can I become a better teacher?

I have spent a lot of time lately taking to fellow teachers about the power of creating your own Personal Learning Network (PLN) and the benefits of having an online PLN through Twitter. Thanks to Richard Byrne at Free Technology for Teachers, I have three embeded items to share with you to help you find other teachers to network with online. I hope you will consider adding me to your PLN when you get started @bobiashj. What are you waiting for?? No time like the present to get started. Don't forget to download Tweetdeck to help manage your tweets. To help you find conversations you might like to follow and contribute to, don't forget to add columns with hashtags (the word with a # sign in front). Here's a list to help you find some topics of interest (List of hashtags from HP Teacher Exchange).

A PLN is a great way to share resources, ask for help or celebrate accompishments. Here are a few things to help you geet started. Thanks Richard Byrne!

Presentation to DMTH Class at the University of Regina

Today, I was invited as a special guest to make a presentaion about the integration of technology into the teaching of Math. Here is my presentation that I made (in French) to the 3rd year undergrad students in DMTH class at the University of Regina. Hopefully the students found it useful and discovered some new tools or ideas to add to their tool kits.

The links for this presentation are located here: http://fur.ly/4dog

Here are the slides from my presentation:


Create interactive meetings at Poll Everywhere
Please leave a comment with your ideas, tools or resources for integrating technology into math instruction.
Posted by Unknown at 11:37 AM No comments: 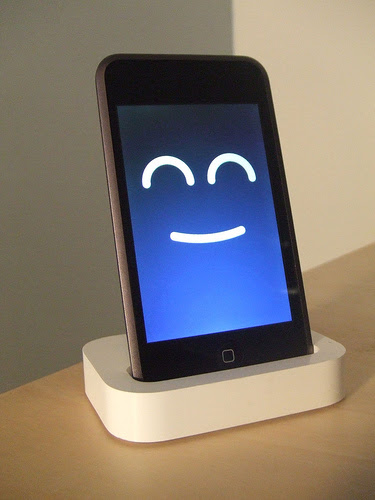 photo © 2007 DerkT | more info (via: Wylio)
It has been almost a year since I have had these powerful devices in my classroom and boy has life changed for all of us. Here's an update to my previous post about iPods in the classroom.

I should also add that I purchased an iPad in June and it has really influenced how I interact with my iPods. I now have a control centre for running all of the apps my students have on their iPods, but with a bigger screen. Much easier to show groups of students how to use an app as everyone in the group can see it in action. I even use an app called Planbook to access my lesson plans. I simply sync it using my Dropbox from the fabulous desktop program I was already using on my Mac to the app on my iPad. Genius! It has increased my productivity immensely.

I am a fan of Google Apps and use the Google Mobile app to access my docs, forms and presentations. My students all have Google accounts through Google Apps for education and we have essentially eliminated the need to print in my classroom. I get instant feedback or collect assignments from my students using Google Forms that they can complete on the iPods.

I discoverred that I can use my iPods as clickers using the eClicker Host on my iPad and eClicker on their iPods. They work like the SMART Response system you can purchase for your classroom, but instead of purchasing and storing more devices, you are using tools you already have in your classroom. I make up quizzes or feedback forms online before class and then activate them during class. I can check for understanding and get feedback during instruction or have students complete quick quizzes to see what they already know before starting new concepts. 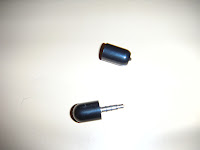 A must have for any set of class iPods are little microphones that plug into the headphone jack of the iPod. You can find them for next to nothing on Amazon for about $2.00. 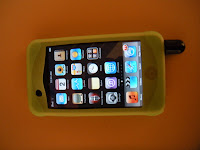 We have used them for voice recording in a number of different ways. From recording the Grade 1 and 2 students reading their books to practice fluency, to Grade 6, 7 and 8 students recording podcasts, conducting interviews and creating videos, these little microphones are an invaluable tool when paired with the iPod Touch. The best app I have found for voice recording and being able to use the audio elsewhere is called iPro Recorder because you can download the recording over a wireless network onto a computer and re-edit it in a program like Garage Band or Audacity. I found that Audioboo is a great site to host podcasts and share them with others. You can also easily embed them on your blog, wiki or website.

After watching Tony Vincent's Learning in Hand video on the K12 Online Conference, I had my Grade 8 students used Sonic Pics to create videos to introduce their team's position for the debate they held about the sale of Canadian water to the US. Using screen shots of photos they located from websites I had linked on our class website, they edited and narrated short videos. They also used PS Express, Comic Touch and Doodle Buddy to re-work their images to fit their argument. (You can watch the final product of their videos by following this link.) I also used Sonic Pics to create "how-to" instructional videos using screen shots from my  iPod to explain how to use the apps for this project. They were referred to often by the students during the project.


One project I would like to try before the end of the year is an iPod/iPad band or musical performance after being inspired by the North Point iBand. I saw their video over the holidays and I have started downloading instrument apps and will share what works best once we've successfully set-up our "band".

Some of the other resources I have come across since my last post that you might find useful are:
Please leave a comment with your favourite resource, website or story about how you are using these devices in education. I would love to hear from you!
Posted by Unknown at 11:24 PM 2 comments:

Here are two good short videos that explain what Twitter is and why you may want to consider joining. Most of my colleagues don't understand why I spend time on this network. I find it to be some of the best PD I could ever have. The network I have built up these past few years is invaluable and I have become a much better educator because of the dialogue and the sharing I have experienced on Twitter.

Posted by Unknown at 9:15 PM No comments: